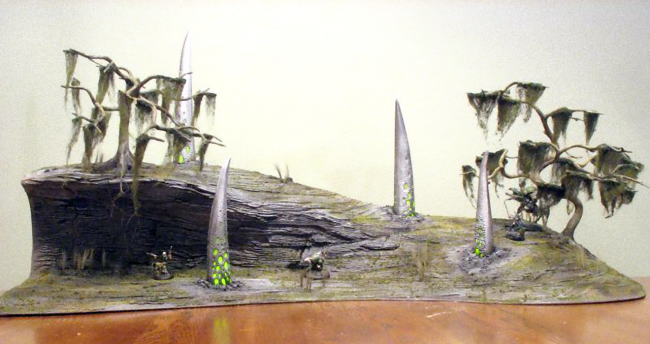 This display piece was created for the former TerrainThralls website.  It was done as a contest entry for Ambrose Coddington to join the group. 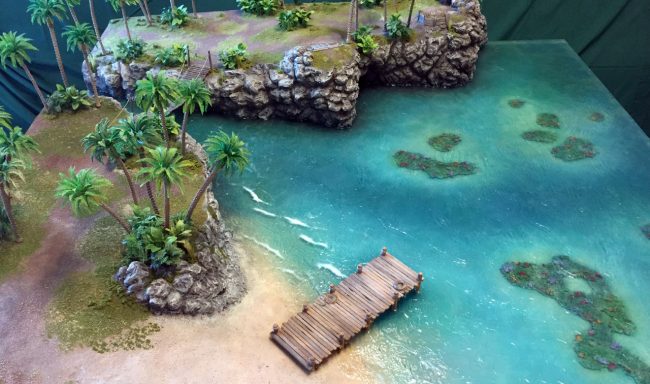 This Pirate’s Cove board is a 4’x4′ showcase board that was commissioned for Firelock Games for their 28mm historical pirate miniatures game, Blood and Plunder.  You can see this board featured all throughout the rule book.  We made sure to add loads of details so it would make a strong first impression when they bring it to shows. 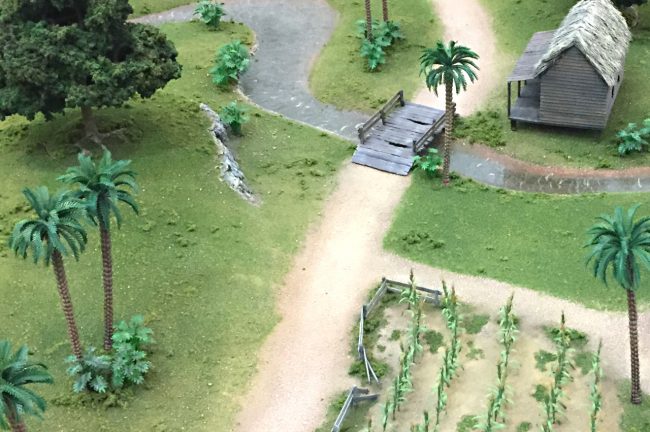 This jungle farm is set in the 17th century and was commissioned for Firelock’s Blood and Plunder historical pirate miniatures game.  It is a 4’x3′ demo board that separates into two pieces.  When separated, this board forms a crate that is 2’x3′ and 1′ thick.  Is was very similar to that of a large suitcase.

This is a small 2’x2′ demo board commissioned for Firelock Games and their 28mm pirate miniatures game, Blood & Plunder.  The design of this board was to facility a quick show of the basic rules, with balanced terrain from either side of the board.